Today’s collection of Dan Peña quotes are highly motivating when it comes to entrepreneurship, building wealth and success.

Dan Peña is a Mexican-American businessman who got his start as a financial analyst on Wall Street. He’s founded several companies including an oil company and a Scottish Castle.

When it comes to creating success and wealth, Dan definitely have the wisdom and knowledge to help you achieve your dreams.

1. “It is my ambition to say in four words what others say in a whole book.” – Dan Peña 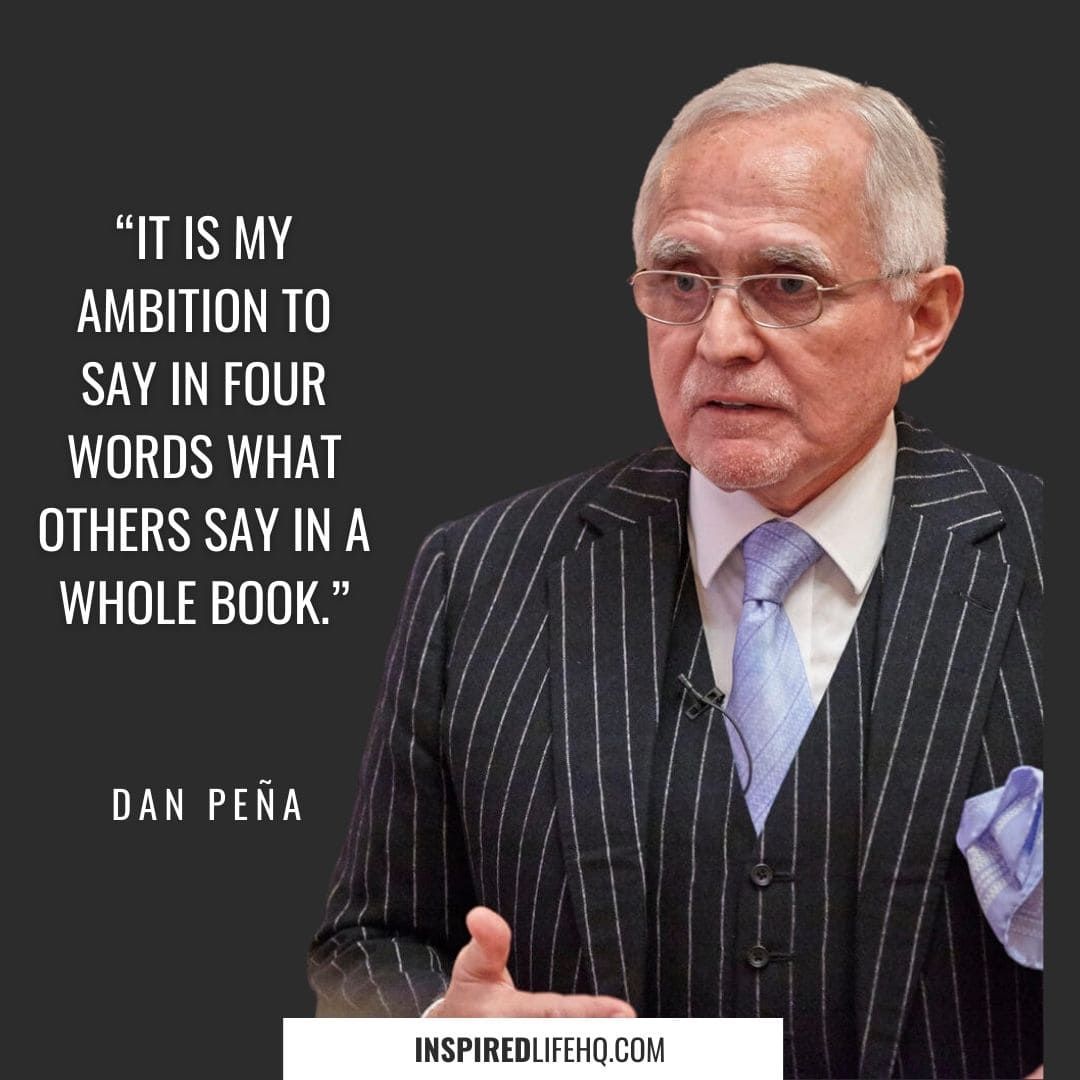 5. “Don’t under any circumstances, ever, second guess yourself.” – Dan Peña 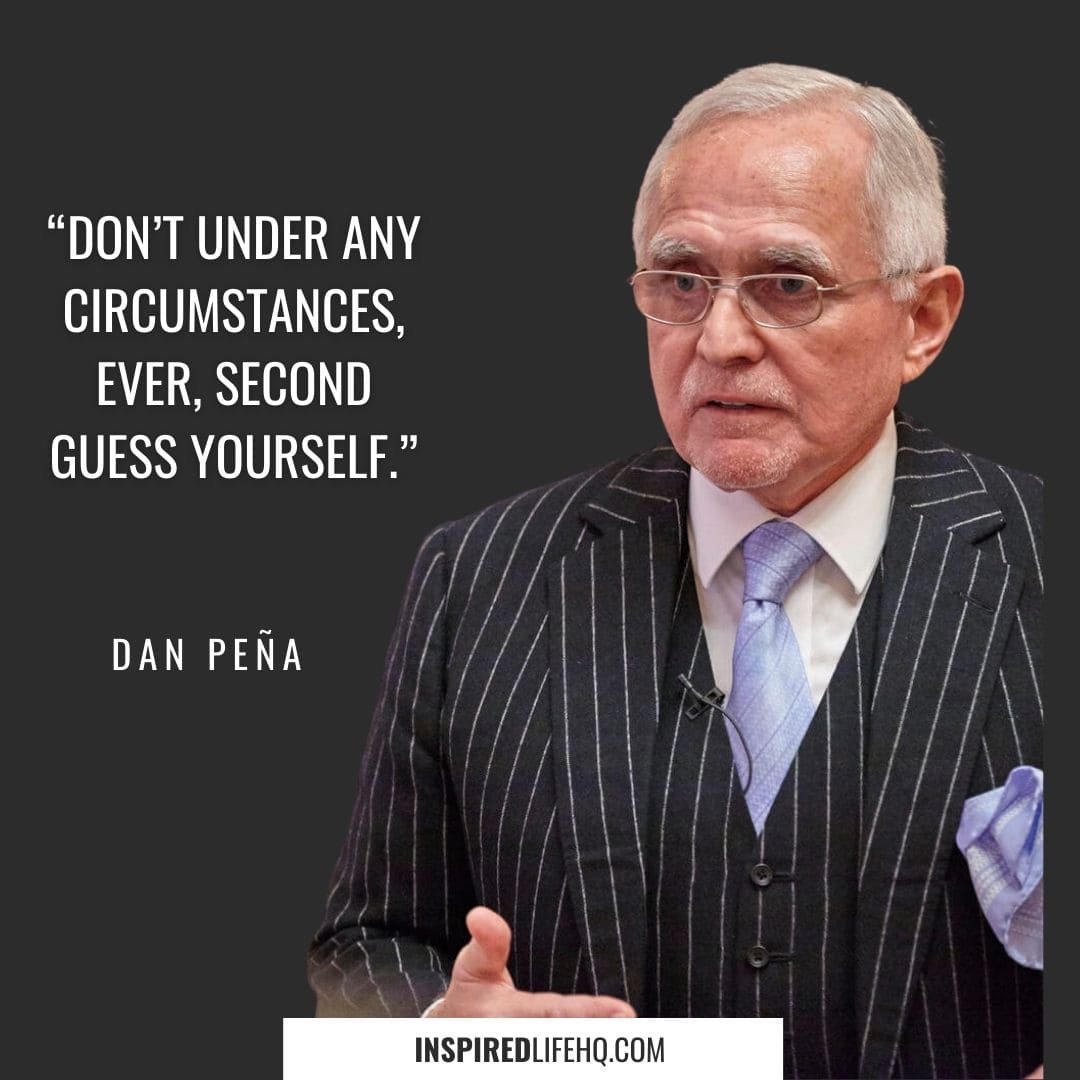 6. “You can’t love anybody unless you love yourself first.” – Dan Peña

7. “If love got the job done, most parents would have produced high performers — it doesn’t!” – Dan Peña

10. “Good leaders make sense of change in the world…then imparts that insight to the team.” – Dan Peña

11. “The difference between a failure and a high-performance individual is how each deals with fear. We are all afraid.” – Dan Peña 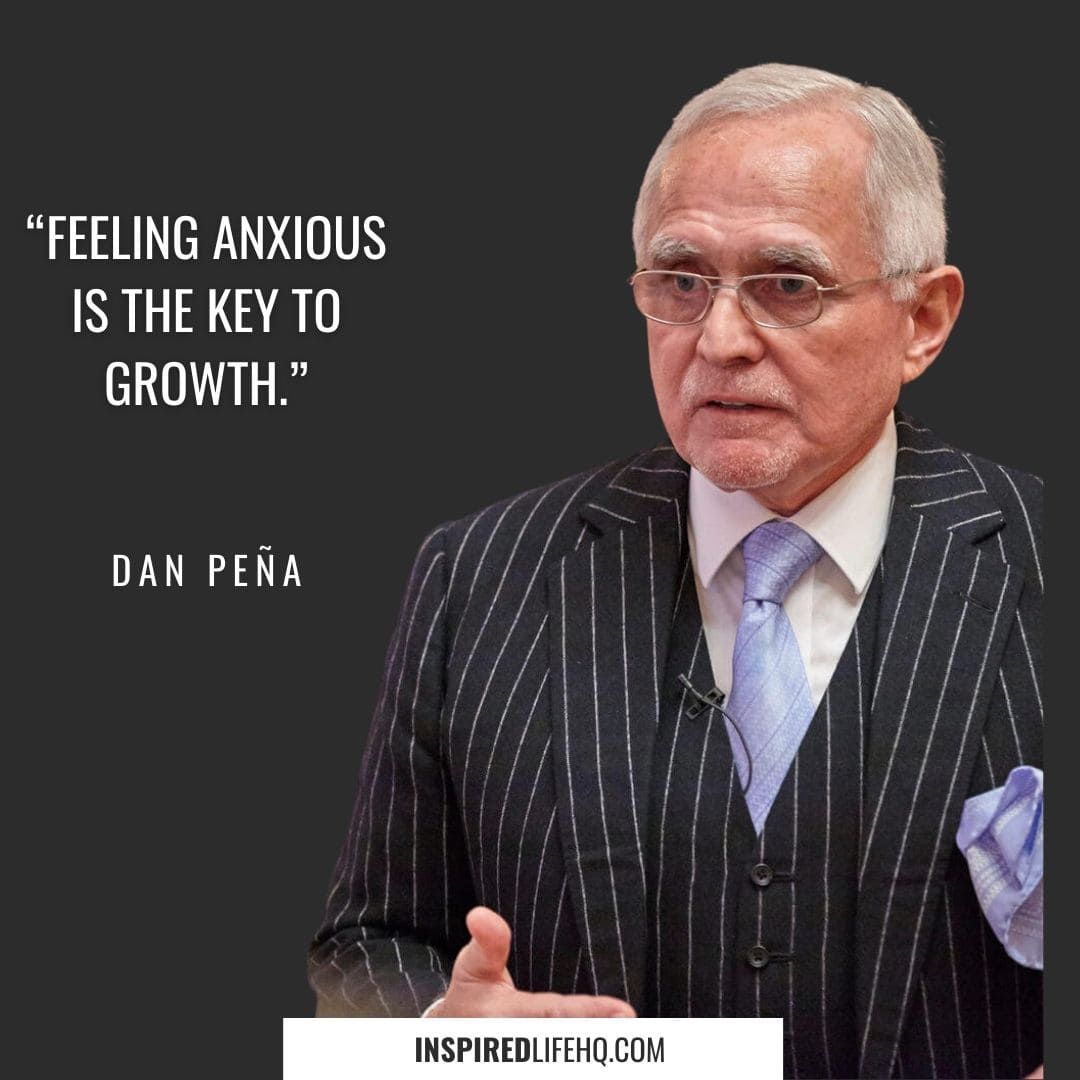 17. “Fear of failure is caused by lack of self-esteem and confidence. Dealing with fear is the key to super success.” – Dan Peña

21. “Once you learn to make money, it is not that hard…what’s hard is to stay excited about it.” – Dan Peña 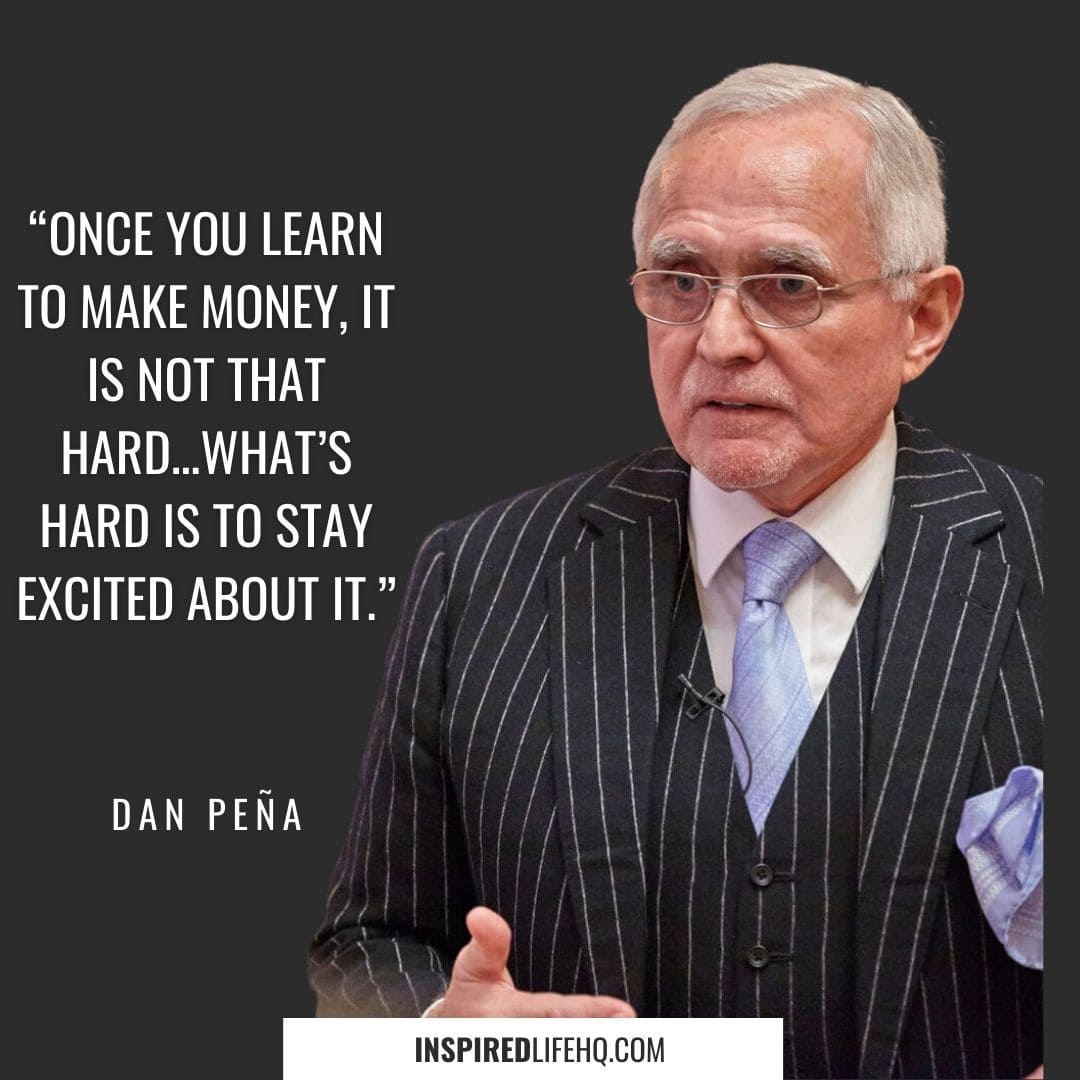 22. “The best way to predict the future is to create it for yourself!” – Dan Peña

24. “To be wealthy, one has to add value to others’ life or lives. How can I successfully add value to someone else’s life without trying to impress them or going overboard? Without losing my own dignity and self-respect?” – Dan Peña 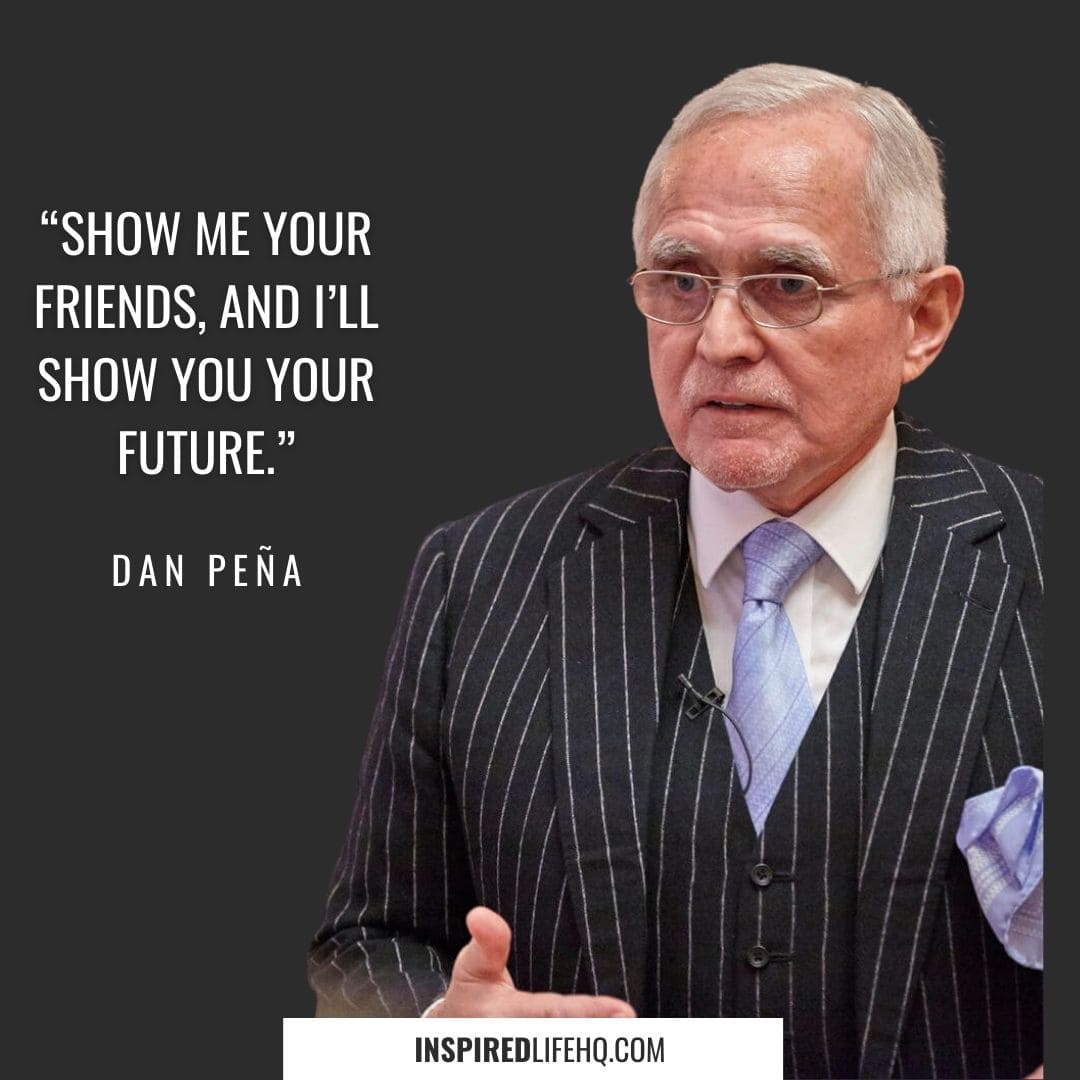 27. “Remarkably successful people habitually do what other people won’t do. They go where others won’t go because there’s a lot less competition and a much greater chance for success.” – Dan Peña

28. “Your most valuable natural asset is your own gut instinct. Don’t be afraid of it. Your instinct has more power than all of the conventional wisdom in the world.” – Dan Peña

30. “We must all remember that life doesn’t have to be fair for us to succeed if we take change and become masters and creators of our own destiny.” – Dan Peña

32. “We’re all self-made, but only successful people admit it.” – Dan Peña

33. “The road to success is always under construction…there are lots of pot holes but no traffic jams.” – Dan Peña

34. “A famous man once said, ‘A sure formula for failure is to try and please everyone.’ Some might say I built a career on doing just the opposite of pleasing everyone.” – Dan Peña

35. “I may be wrong, but I am never in doubt! And anyone who has been around me for even a minute understands that my self-confidence and self-esteem is sometimes overwhelming!” – Dan Peña

36. “There’s no seminar in the world that will give you multi million dollar advice on building a business from scratch!” – Dan Peña

37. “Entrepreneurship is enduring pain for a long time without relinquishing.” – Dan Peña

38. “My time is much too precious to be wasted on people who merely want to talk about being a high performance person and can’t or won’t take action!” – Dan Peña 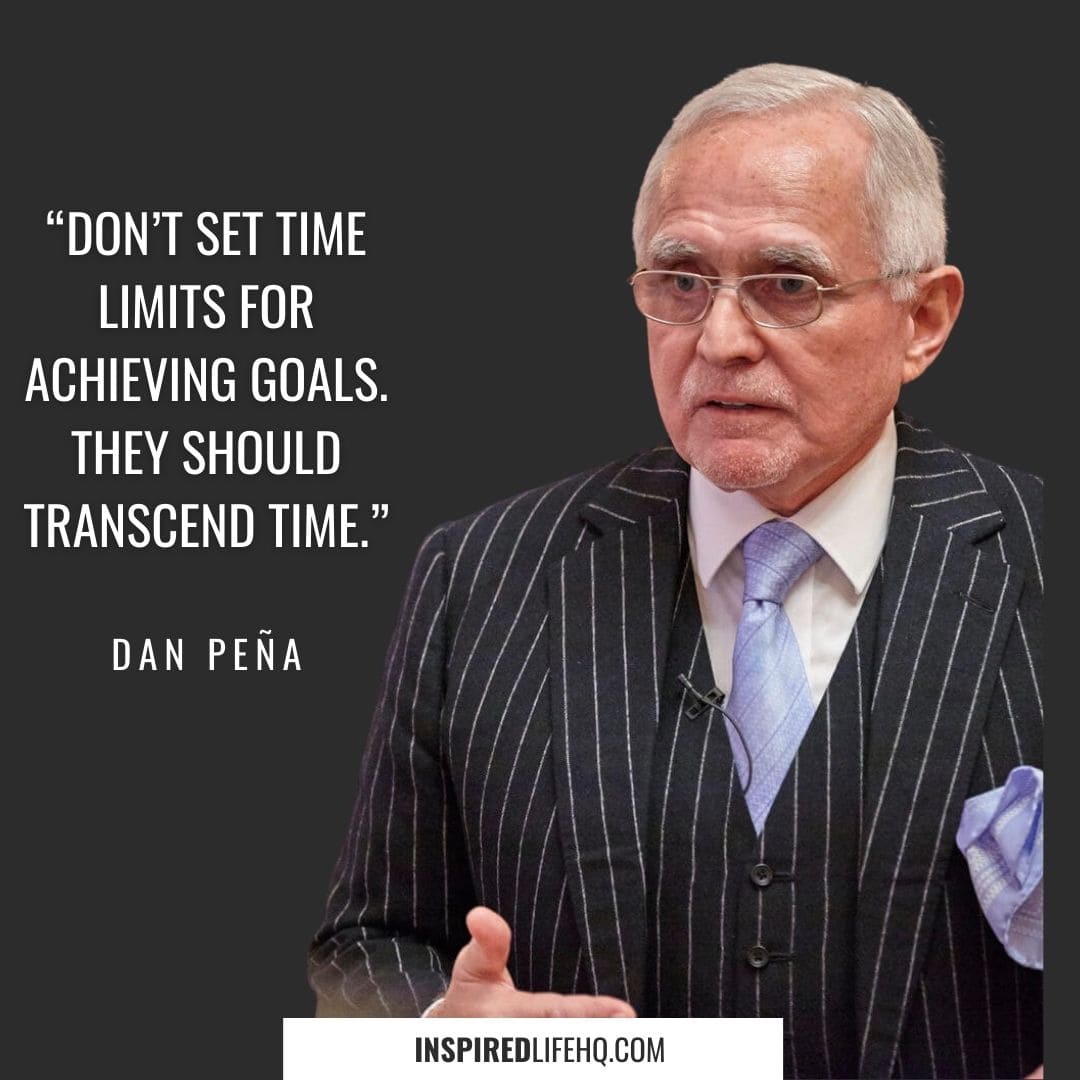 40. “Super success is not for everyone, and you will endure weeks and months and years of hard work, obstacles, failures, victories, pain, and any manner of ‘negative’ experiences to reap the rewards of success, drink from the golden goblet, own the brass ring.” – Dan Peña

41. “All you need is the desire, passion, and will to fulfill your dreams!”

42. “The world is full of people who want their ears tickled on strategies for wealth creation and protection and so-called revealed secrets to wealth creation. And there are plenty of slick ‘business coaches’ who are more than willing to do just that – for a fee. This is the world of the seminar guru.” – Dan Peña

43. “I have said many times: we have self-esteem or don’t, based on how we were raised! Self esteem is normally produced in your first 7-8 years of life.” – Dan Peña

45. “The more emotional distractions you have the harder it is to accomplish your goals – especially at the extreme levels!” – Dan Peña

46. “As I have often said, I would rather be lucky than smart! But it is even better to be luck and super smart!” – Dan Peña 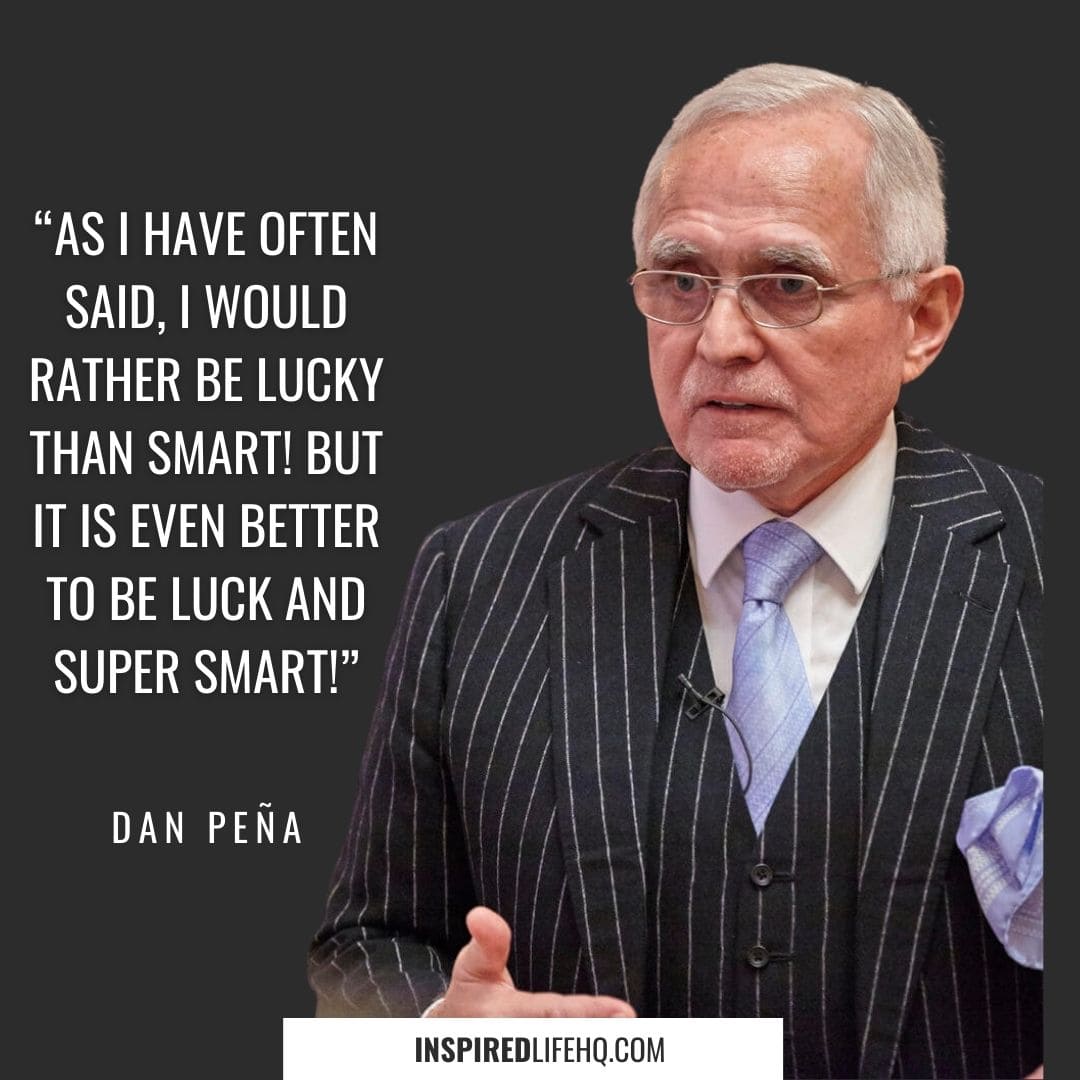 47. “The best form of customers service is self service. Constantly empower customers to get their own answers themselves.” – Dan Peña

48. “Year-end goals are terrific! Affirmations with goals are even better! And goals, affirmations, along with visualization is even more effective!” – Dan Peña

49. “Never start small where goals are concerned. You’ll make better decisions – and find it much easier to work a lot harder – when your ultimate goal is ultimate success.” – Dan Peña

50. “The truth is, successful people are not ten times smarter than you . They don’t really work ten times harder than you. So why are they successful? Because their dreams are so much bigger than yours!” – Dan Peña

51. “If you don’t embrace a workload others would consider crazy, then your goal doesn’t mean that much to you.” – Dan Peña

52. “Next time you question what you are doing – ask yourself? What could I do more? In most cases, extra time will be the greatest leverage you can apply!” – Dan Peña 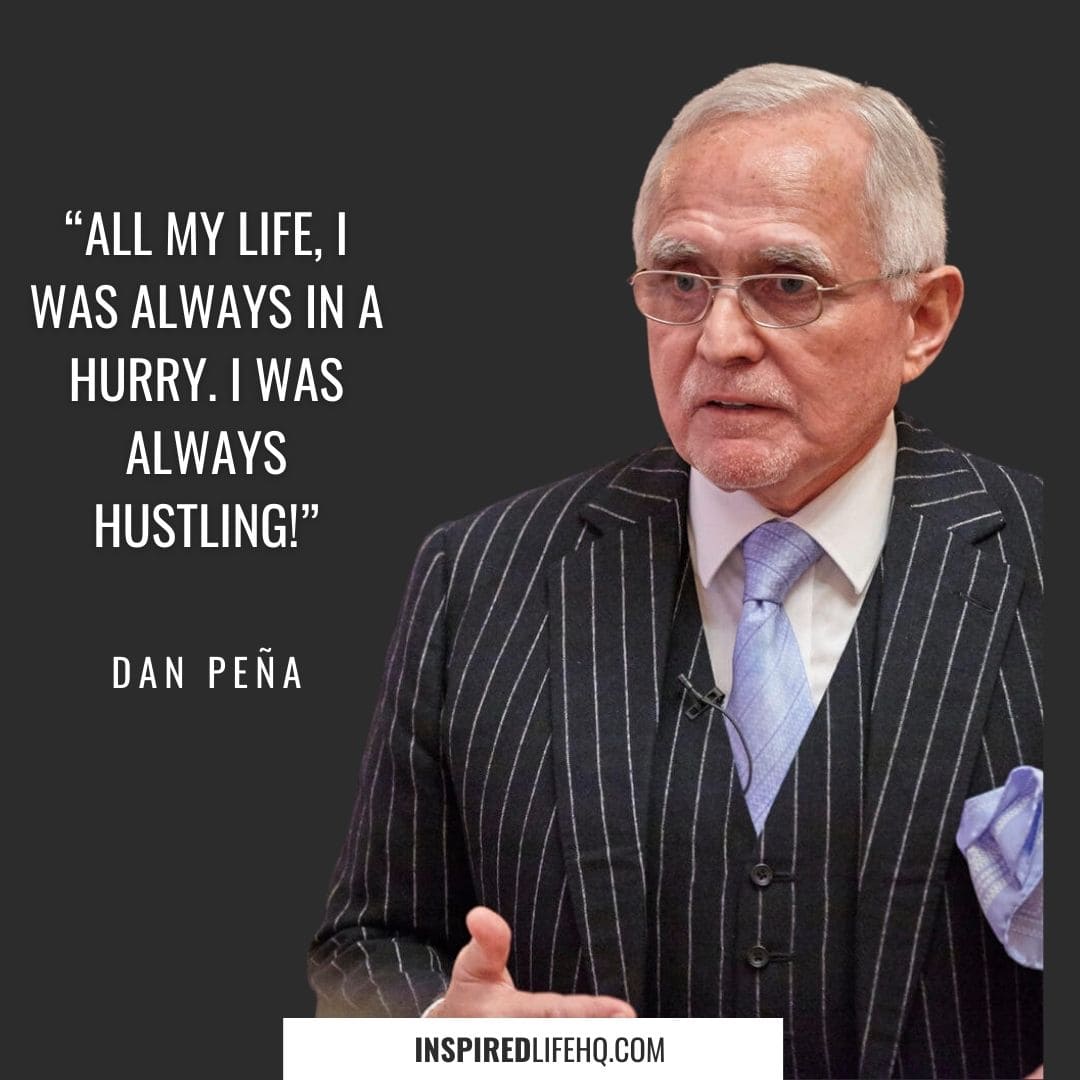 54. “You will definitely encounter lots of resistance on the road to super success, but don’t let others stop you from reaching your goals.” – Dan Peña

What was your biggest takeaway from these awesome Dan Peña quotes?

If you want to be successful, you’ve got to understand that it takes courage, grit, hard work and having the faith and confidence in yourself.

If you enjoyed these quotes, also be sure to check out our Robert Green quotes on achieving mastery. Let us know in the comments below what your biggest takeaway was from these quotes today.