The world is full of inspirational speakers. These are the people who have a story to tell, and want you to be inspired by their words.

Some of the best speakers are those that teach us about the value of life, how to deal with failure, and what we can learn from our experiences.

They may not have much practical advice on the ‘how to’, but they can definitely inspire people to find peace and happiness in their lives.

It’s not always about getting you to take a certain action – it’s more about inspiring you to change your perspective on the world that we live in.

Taking a certain action comes more from motivation, which is something completely different.

So then what is the difference between a motivational and inspirational speaker?

Motivational speakers also have a story, but the difference is that they use their story to tell you what you should do.

In other words, they help people to take action and accomplish a specific goal that they already have in mind. I talked about this in this motivation and inspiration post.

An inspirational speaker has no agenda and doesn’t try to convince the audience of anything.

They simply open up themselves emotionally, so anyone watching can learn from them and find peace.

While motivational speakers often provide advice on overcoming adversity and getting out there into the world with confidence.

They are all about getting their listeners to take action and get things done.

Who Are The The World’s Top Inspirational Speakers & Leaders? 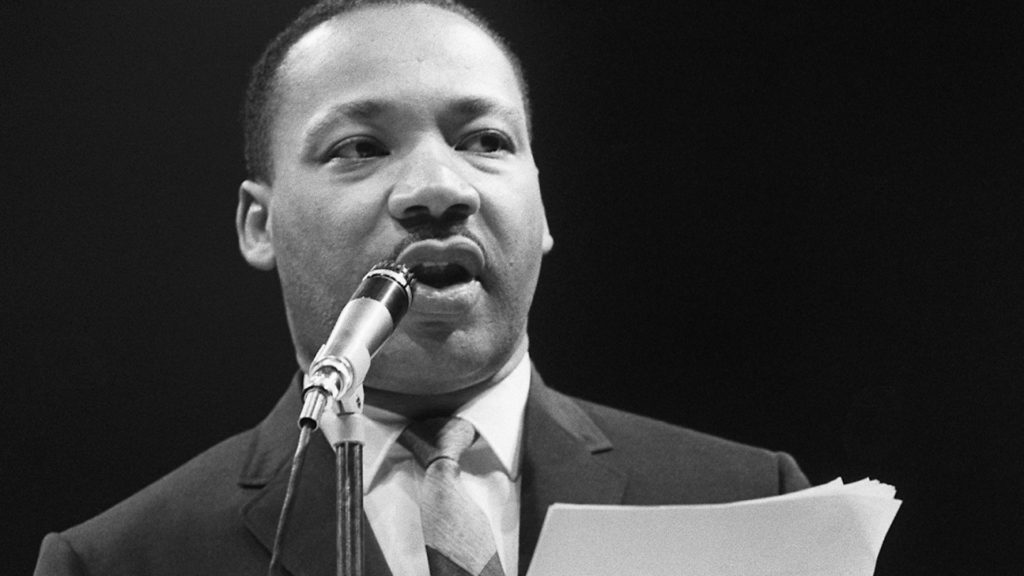 There are many and the list can go on and on, because there’s always someone to learn from in this world, but I did highlight some of the world’s inspiring leaders here in the post.

Brené Brown, PhD (author of Daring Greatly) – Her book was about how we can find courage in the face of our fears, shame and vulnerability. Brown has a TED talk about how to accept yourself just as you are.

Oprah Winfrey – The only African American woman to have ever earned a billionaire status. Oprah has been ranked the richest African American of her time. She has a talk show where she interviews other inspiring people and gives them a platform to tell their stories.

Barack Obama – A former president of United States, his speeches are always moving and inspiring. He recently released a book last year called “The Promised Land” (2020) which is about his life and presidency.

JK Rowling (author) – The Harry Potter series have seen more than 450 million copies sold worldwide which makes it one of the bestselling book series ever published! It’s said that after she was a broke single mother living on benefits with unemployed husband she wrote this story at cafes while sending out job applications.

Nelson Mandela – A South African politician who was known for his anti-apartheid activism and served as President of South Africa from 1994 to 1999. He was an inspirational figure with a powerful speech that helped end apartheid in the country and was awarded the Nobel Prize.

Dr. Martin Luther King Jr (American Baptist minister and activist) – One of America’s greatest orators of all time. One of his most famous quotes:

“Darkness cannot drive out darkness; only light can do that.”

He is best known for his role in the American Civil Rights Movement who dreamed of a future where people could be judged by their character, instead of by the color of their skin.

Stephen Hawking (English theoretical physicist) – One of the most famous scientists to have ever lived with one of the largest minds humanity has produced. Steven lived with ALS (amyotrophic lateral sclerosis) and had never let his disability hold him back from living a full and productive life.

His thoughts on happiness:

“My advice to other handicapped people would be, concentrate on things your disabilities don’t prevent you doing well, and don’t regret the things they do stop you from doing.”

Dalai Lama style=”font-weight: 400;”> (Tibetan monk who was the 14th and current Dalai Lama) – One of world’s most famous peace advocates and Nobel Peace Prize winner.

Thich Nhat Hanh (Zen Buddhist monk, author and peace activist) – Thich is known as a “world teacher” and has been a major influence in bringing Buddhism to the West with his teachings on mindfulness, global ethics and peace.

“If you are committed to nonviolence, your first challenge each morning should be overcoming anger,” which means that he believes that it ‘s our responsibility to live in a state of harmony and peace.

Mahatma Gandhi (Indian lawyer, politician, social reformer) – best known for his nonviolent resistance philosophy called “Satyagraha” which means that we need to be truthful about the reality of violence in order to overcome it.

His most famous quote: “You must not lose faith in humanity. Humanity is an ocean; if a few drops of the ocean are dirty, the ocean does not become dirty.”

Alice Walker (author of The Color Purple) – She was awarded the Pulitzer Prize for Fiction in 1983 and a MacArthur Foundation “genius” award. Alice was passionate about feminism, civil rights and the environment.

Her most famous quote: “The most common way people give up their power is by thinking they don’t have any.”

Dr. Wayne Dyer (author and speaker), who was one of the most widely read inspirational authors, selling more than 30 million copies after his death. His most popular book was The Power of Intention.

Mother Teresa – who was a Roman Catholic nun and missionary, and founder of the Missionaries of Charity. She won Nobel Peace Prize in 1979 for her work to alleviate extreme poverty.

Iyanla Vanzant – She is an inspirational speaker, author and life coach. Her most popular show: Iyanla Fix My Life aired for 10 years on Oprah’s OWN network.

Her two main messages are that your spiritual awakening can reset you mentally, emotionally as well as physically;

While her second message states that there’s always a reason for everything but sometimes it takes time to find out what it is.

Her third message is about how she believes our lives have meaning through others we meet along the way such as pets or people who come into our lives by chance encounters at just the right moment which means they’re meant to be part of us somehow. 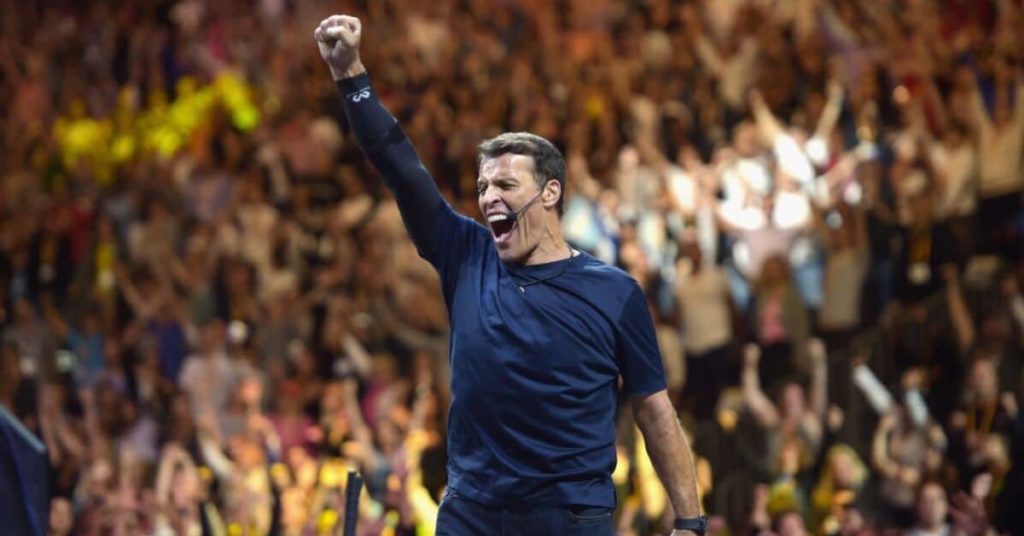 One of his most famous quotes is “The quality of your life will be determined by what you do, not who you are.”

Eric Thomas – He was a high school dropout who later became the top motivational speaker.

His famous quote, “When you want to succeed as bad as you wanna breathe” has become one of the most motivational quotes of all time.

Zig Ziglar – His most famous quote is “If you help enough people get what they want, you’ll get what you want.” His book ‘See You At The Top’ has been translated into 22 languages and sold more than 20 million copies worldwide to date.

Jim Rohn – One of his inspirational quotes is “Success is doing what we should do when it’s hard to do.”

He became a top speaker with only an eighth grade education and was named as one of Time Magazine’s 25 Most Influential Living Americans in 1997.

Les Brown – Les has authored more than 34 best-selling books, including “Live Your Dreams” which landed on the New York Times Bestseller List for 15 weeks when it was released in 1988.

He is best known for his inspirational speeches and teaches people how to ‘make their own luck’.

John Maxwell – John’s most famous quote comes from The Strongest Steel as he says that “A Line Of People Will Always Form To Get In Front Of Someone Doing Something Important.”

He holds over 40 honorary degrees and was inducted into the Speakers Hall of Fame in 2009.

Stephen Covey – His first book, Seven Habits of Highly Effective People, was published by Simon & Schuster in 1989. Covey’s work is based on a principle of being proactive and taking responsibility for your life.

Simon Sinek – Simon is the author of two books, Start With Why: How Great Leaders Inspire Everyone to Take Action and Leaders Eat Last: Why Some Teams Pull Together And Others Don’t.

He has given talks at TED Talks as well as Google’s “Think Week.”

He believes that people buy what they believe in which is his main message from start with why.

Robin Sharma – He wrote the best-selling book, The Monk Who Sold His Ferrari.

He is a motivational speaker and an inspirational writer who has over 25 years of experience in leadership training and development.

He travels to hundreds of cities around the world speaking on topics such as keynote speeches, sales, marketing and management.

His main message is that life’s riches are not measured by what you accumulate but rather how richly you live your one precious life.

Amy Purdy – She inspired a nation on Dancing with the Stars and has been called a hero by Oprah Winfrey.

She is also an inspirational speaker, a public advocate for people living with disabilities, and a best-selling author.

We all have that one person who inspires us and motivates us to be better. Who are some of your favorite inspirational speakers? What do they inspire you to do?

Comment below with the names of a few people whose speeches or messages most resonate with you.