Looking for some of the best personality quotes? We all have personality traits that define us and make us who we are.

It has been said that personality is our personal set of characteristics which distinguish us from others.

Personality quotes help provide insight into who we really are through thoughts or experiences shared by other people with personalities like ours.

So we hope you enjoy today’s quotes on personality!

“I have a strong personality, and I say what I think.” – Penelope Cruz 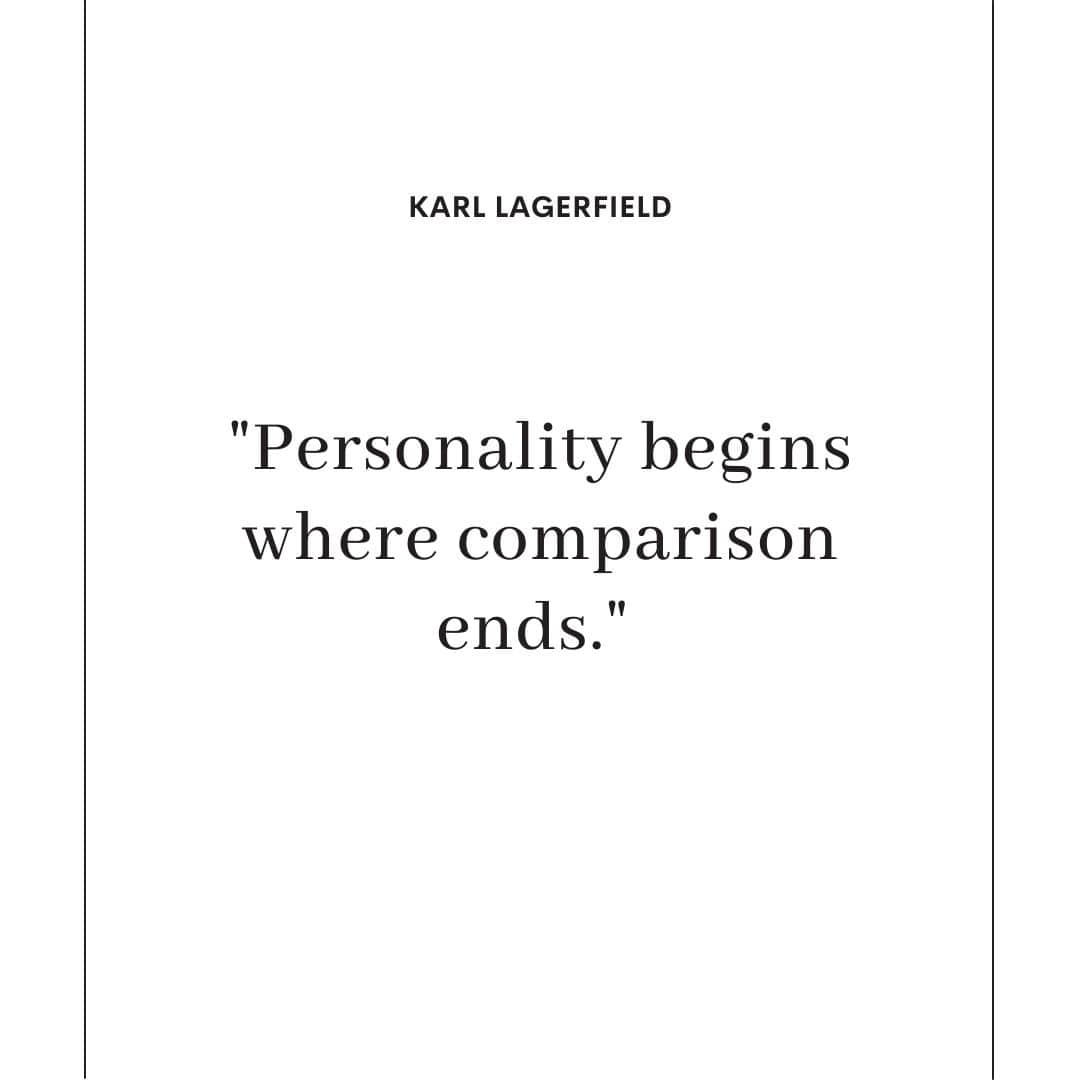 “If you don’t love yourself enough to be the person you want to meet…you might never find that special somebody. We are all born alone and die alone. If no one else wants us, we’re not going to take ourselves out of circulation.” – Madonna

“No great personality is ever built on a weak character or temperament; it needs an alloy which can resist wear and tear”. – George Eliot

“Every time I fail, I assume I will be a stronger person for it.” – Joan Benoit

“We must have personality, individuality and interests. We can’t just be another pretty face.” – Marilyn Monroe

“Charisma, that’s my strong point. My personality was always good, but with music I had to grow into it. I grew into who I am now.” – Schoolboy Q

“I think personality is a lot more important than looks. Looks are not really that big of a deal, personality goes way deeper.” – Tyra Banks

“A personality has to be flexible and adaptable, so it doesn’t break when faced with new demands”.- Walter Cronkite

“The most important thing about personality is being comfortable in your own skin.” – Demi Lovato 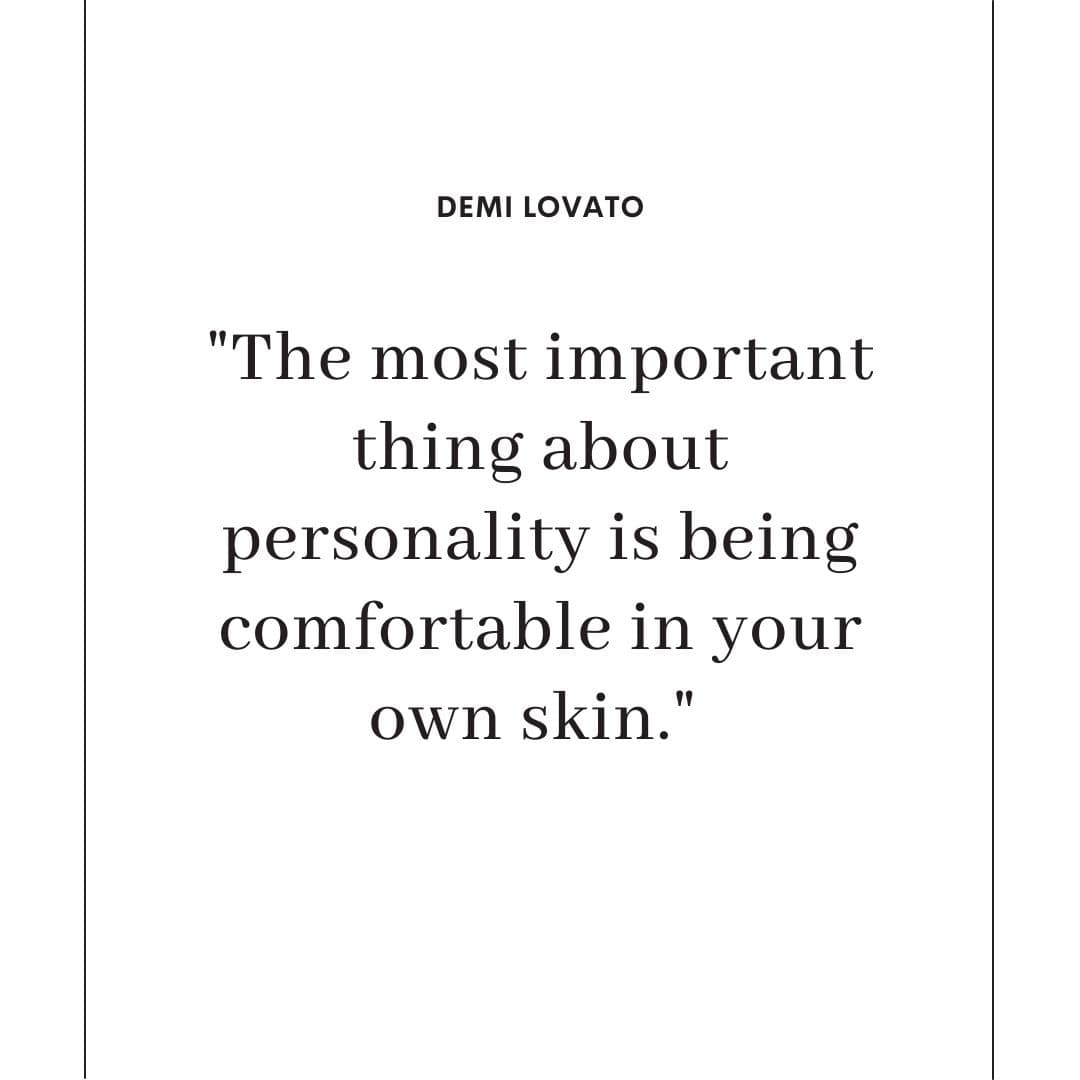 “When you become such a strong personality in music, its hard for people to accept you as a different character.” – Grace Jones

“The personality of a person is like their fingerprint. No two people are alike.” – Dalai Lama

“In order to succeed all you need is perseverance and an interesting personality.” – Henry Ford

“Only strong personalities can endure history. The weak are distinguished by it.” – Friedrich Nietzsche

“Good character is not formed in a week or a month. It is created little by little, day by day. Protracted and patient effort is needed to develop good character.” – Heraclitus of Ephesus

“What we do not express becomes our obstacle and impediment, even when it remains in idea form within us. We see what blocks the personality from being expressed: fear of criticism, impatience with others.” -Carl Gustav Jung

“Her strong personality and smiling face conceal all inner and outer pains and they think that she is unaffected by everything seems to them like a rock..” – Raveenah

“I’m not going to tell you that personality is useless. It’s the thing that gets people through their lives.” – Fran Lebowitz

“The personality in the mind is often a mere reflex of posture; when it ceases to reflect our attitudes we cease to express ourselves through it.” – John Steinbeck

“All of us are born with a personality, but it doesn’t always show up at first!” -Eric Carle

“An attitude of expectation is the mark of the superior personality.” – Brian Tracy 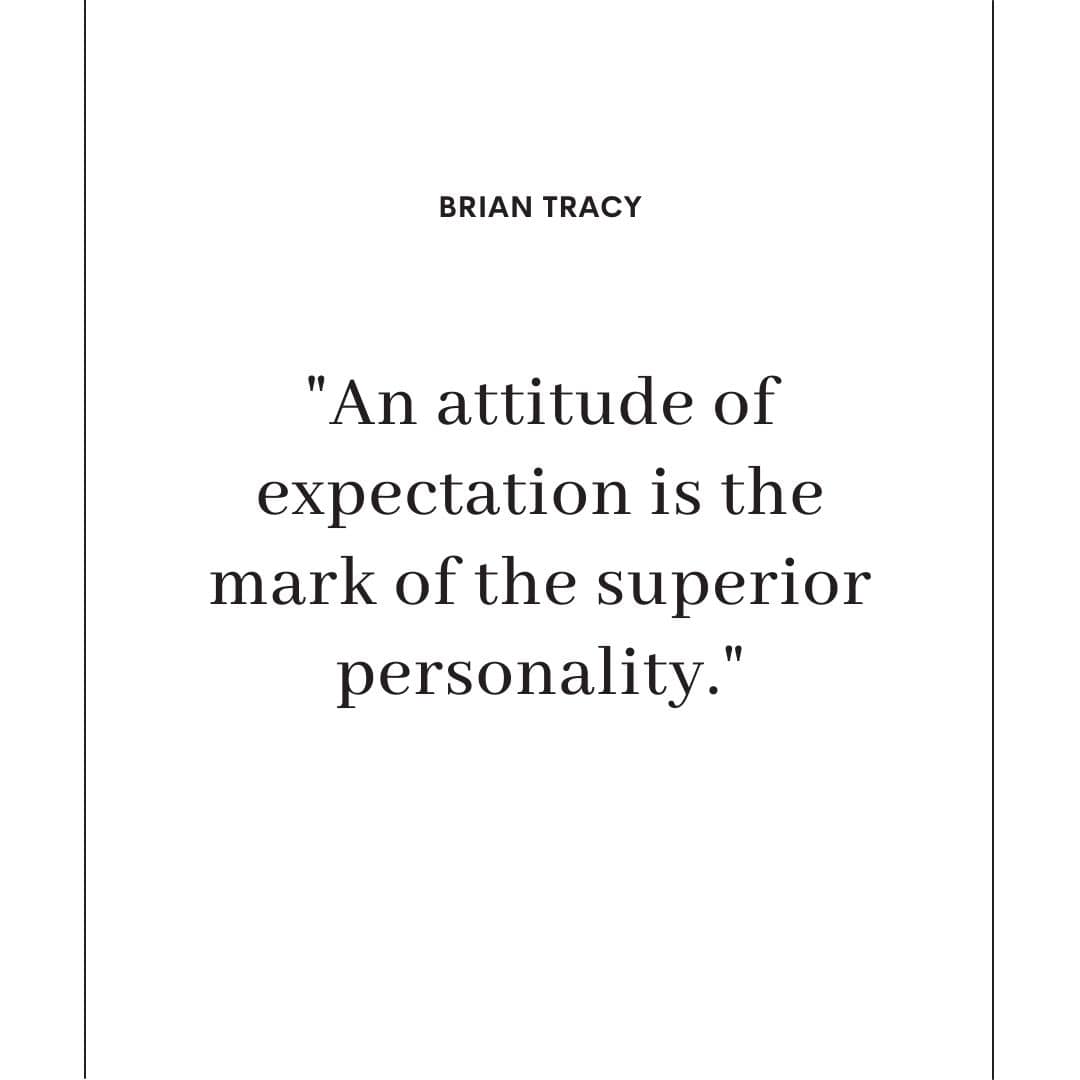 “You’re personality is all about how you react to the things that happen in your life.” – Denzel Washington

“The personality of a human being isn’t something constant. It’s constantly changing according to external forces, and it reflects most accurately what those external forces are.” – Stephen Crane

“I’m not going to tell you that personality is useless. It’s the thing that gets people through their lives.” – Fran Lebowitz

“Attitude and personality are as important as experience and ability.” – Brian Tracy

“Style is a reflection of your attitude and your personality.” – Shawn Ashmore

“I don’t have an attitude. I have a personality you can’t handle.” – Unknown

“A personality can’t shine through a bad character.” – Unknown

“The personality that shines the brightest is often darkest underneath.” – Unknown

“You’re not perfect, but you are special. You have flaws and mistakes just like everybody else. But so what? That’s okay because today we celebrate who you are rather than who you aren’t!” – Dr. Seuss

Self personality quotes for him

“I have a crush on your mind. I fell for your personality. Your looks are just a bonus.” – The Notebook

“Personality is only ripe when a man has made the truth his own.” – Soren Kierkegaard

“Nearly all men can stand adversity, but if you want to test a man’s character, give him power.” – Abraham Lincoln

“A strong sense of humor, a really awesome personality, and maturity is also really important in a boyfriend. I tend to only be attracted to older guys for that reason. I just love guys who have a really strong sense of who they are.” – Elizabeth Gillies

“Intelligence plus character – that is the goal of true education.” Dr. Martin Luther King Jr.

“A personality is like a puzzle. You are the pieces and you must find yourself.” – Deborah O’Leary

“The personality of every person, whether they be male or female, is made up to some extent by his sexual orientation.” – Maya Angelou

“I hold that a strongly marked personality can influence descendants for generations.” – Beatrix Potter

Self personality quotes for her

“I think personality has a lot to do with how people deal with challenges, whether they’re personal or professional.” – Jennifer Lawrence

“I really admire a woman for her intelligence, her personality. Beauty is not enough.” Roberto Cavalli 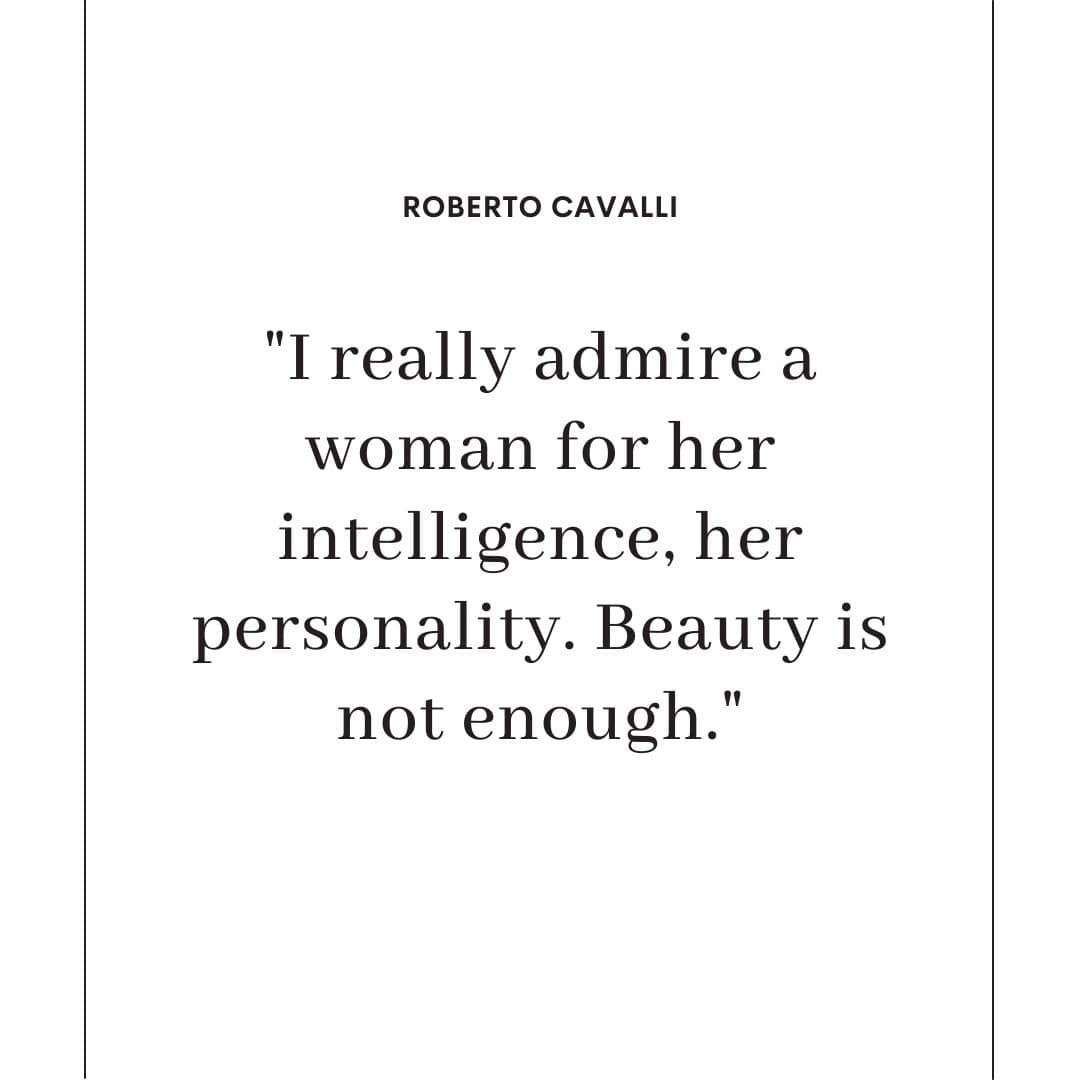 “You don’t really know how beautiful a girl is, until you meet her, all her beauty is in her personality.” – Zac Efron

“She had a real effervescent personality. You wouldn’t forget her, that’s for sure.” – Andrew Jarvis

“We are attracted by looks, but personality makes us stay.” – Unknown

“I’m not consistent. I’m either very good or a complete mess.” – Parker Posey

“Standing alone doesn’t mean I’m alone. It means that I am strong enough to handle things by myself.” – Unknown

“I am a limited addition. There is only one me.” – Unknown

“The most beautiful thing you can wear is confidence.” – Blake Lively

“If you want personality, personality is what you must give.” – Marilyn Monroe

The personality of a person is not something that can be easily defined. It contains many hidden layers and nuances, which may reflect the personality in different ways.

There’s no one-size-fits all approach to personality exploration; each individual will have their own unique personality traits as well as reflected through how they interact with various aspects within their life.

These personality quotes teach us that personality is more than just what people think of you. When we focus too much on who we want to be and how others perceive, our character can suffer from neglect. Be the person you are meant to be without worrying about other people’s thoughts or opinions!

Which of these personality quotes were your favorite? Let us know in the comments.

Thanks so much for pointing this error out, we will change the article accordingly.Thanks for this article! It made the research on camping pillows a lot easier!Thanks a lot for sharing such a great piece of article! I found it a good helpful write-up with a good sound and explanation. Here I have seen some valuable ideas that are definitely helpful for every health-conscious person who wants to create a healthy lifestyle. Please keep sharing more updates!Glad to read articles addressing cognitive decline.The increase in people being diagnosed with Alzheimers Disease is increasing three fold in this country.More information on the importance of diet, exercising, testing, supplementation is badly needed.