Today’s Aristotle quotes are all about defining yourself at the core of who you are as a human being.

Aristotle was a Greek philosopher and polymath during the Classical period in Ancient Greece.

He founded the Lyceum and the Peripatetic school of philosophy and Aristotelian tradition.

His teachings and beliefs were similar to his teacher, Plato in which he believed that the world was made up of individuals (substances) occurring in fixed natural kinds (species).

Aristotle Quotes Of The Soul

“We are what we repeatedly do. Excellence, then, is not an act, but a habit.”

“Dignity does not consist in possessing honors, but the consciousness that we deserve them.”

“Piety requires us to honor truth above our friends.”

“There is no great genius without a mixture of madness.”

“He who can be and therefore is, another’s, and he who participates in reason enough to apprehend, but not to have, is a slave by nature.”

“The secret to humor is surprise.”

“Courage is the first of human qualities because it is the quality which guarantees the others.”

“For as the eyes of bats are to the blaze of day, so is the reason in our soul to the things which are by nature most evident of all.”

“The aim of the wise is not to secure pleasure, but to avoid pain.”

“The ultimate value of life depends upon awareness and the power of contemplation rather than upon mere survival.”

“Moral excellence comes about as a result of habit. We become just by doing just acts, temperate by doing temperate acts, brave by doing brave acts.”

“In a democracy the poor will have more than the rich, because there are more of them, and the will of the majority is supreme.”

“Jealousy is both reasonable and belongs to reasonable men, while envy is base and belongs to the base, for the one makes himself get good things by jealousy, while the other does not allow his neighbor to have them through envy.”

“The law is reason, free from passion.”

“I have gained this from philosophy: that I do without being commanded what others do only from fear of the law.”

“The least deviation from the truth is multiplied later a thousandfold.” 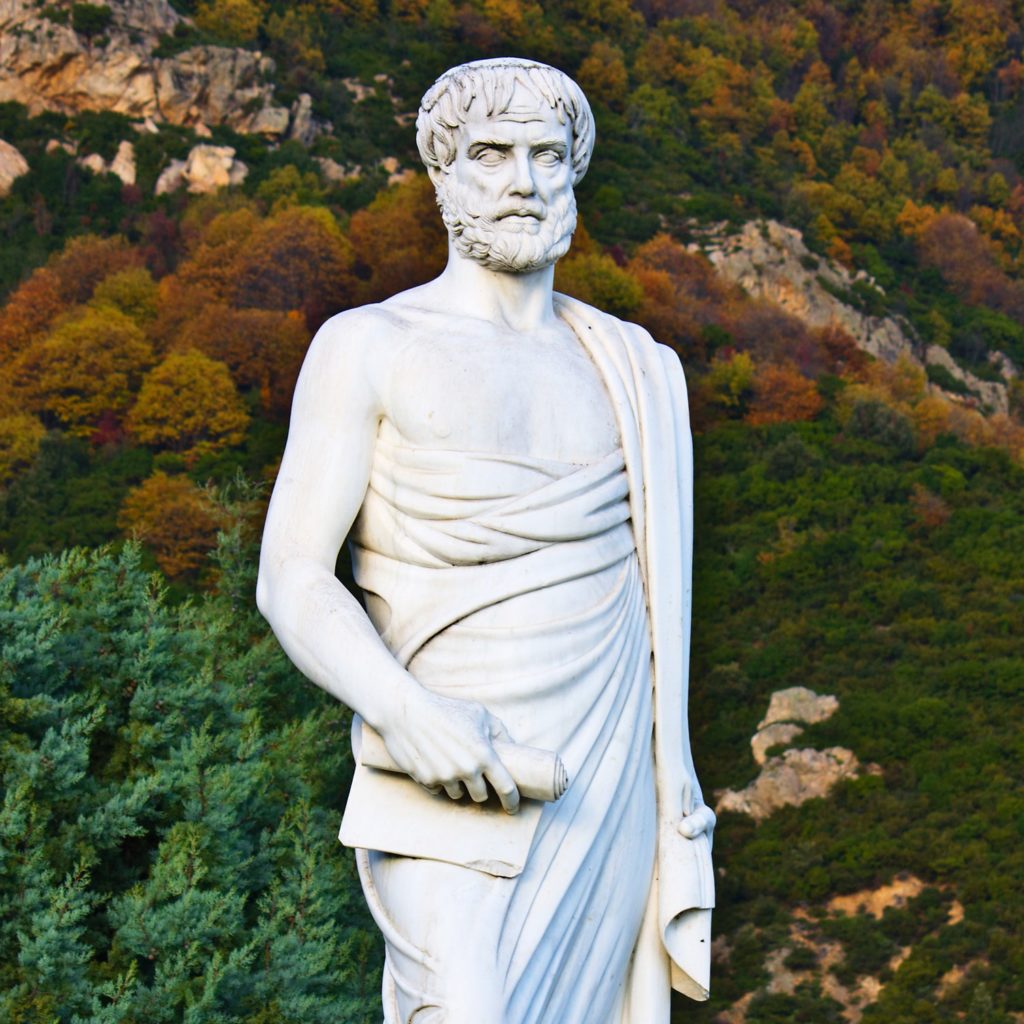 Aristotle Quotes On Leadership and Education

“Poetry is finer and more philosophical than history; for poetry expresses the universal, and history only the particular.”

“The roots of education are bitter but the fruit is sweet.”

“Those who educate children well are more to be honored than they who produce them; for these only gave them life, those the art of living well.”

“Well begun is half done.”

“Those that know, do. Those that understand, teach.”

“Education is an ornament in prosperity and a refuge in adversity.”

“The aim of art is to represent not the outward appearance of things but their inward significance.”

“The secret to humor is surprise.”

Other Aristotle Quotes To Live By

“The energy of the mind is the essence of life.”

“Fear is pain arising from the anticipation of evil.”

“Bring your desires down to your present means. Increase them only when your increased means permit.”

“Personal beauty is a greater recommendation than any letter of reference.”

“What is a friend? A single soul dwelling in two bodies.”

“In all things of nature there is something marvelous.”

“A tragedy is a representation of an action that is whole and complete and of a certain magnitude. A whole is what has a beginning and middle and end.”

“No one would choose a friendless existence on condition of having all the other things in the world.”

“Hope is the dream of a waking man.”

“It is just that we should be grateful, not only to those with whose views we may agree, but also to those who have expressed more superficial views; for these also contributed something, by developing before us the powers of thought.”

“All human actions have one or more of these seven causes; chance, nature, compulsions, habit, reason, passion, desire.”

Which one of these Aristotle quotes were your favorite? Let us know in the comments.

Helping people and eating tacos are my jam! This blog exists to help provide tips and resources that can help you achieve your goals and live a better life. Whether you’re looking for tips on personal development, advice on starting a side hustle, or resources for working remotely, I’ve got you covered.